FROM OUR FAMILY TO YOURS -HOME GROWN, HOMEMADE, HOME BAKED

Why I'm Saying no to No-Dig Gardening After this mornings harvest, I took a walk around the farm, scratching my head, as I often do, thinking about the future of our Bare Acre.

The thoughts uppermost in my mind concerned two things. Firstly, how Organic is Organic, and secondly, is no-till, or no-dig really a silver bullet to ensure healthy crops in an organic system.

We’ve practiced no-dig gardening for a few years now and there are several advantages to it. Yes, the crops are healthy for the most part, yes weed growth is stifled by yearly applications of mulch and yes the output per square meter on a bed system as compared to a drill system is higher. There are many advantages to this new system, however there are some disadvantages and these are what had me scratching my head and pondering how organic our current organic system is.

No-dig or no-till for the most part relies on heavy applications of compost to begin with and then yearly applications forever after. The problem for me lays in where this compost comes from.

The early exponents of no-dig, people like Masanobu Fukuoka and Ruth Stout envisaged adding organic matter to the surface of the soil and maintaining a permanent mulch that not only suppressed weed growth but also fed the soil, however, they also envisaged using materials that were available to them locally or on their own farms, so their image for no dig was both organic and regenerative, a circular system if you will.

Modern exponents of no dig are singing from a different hymn sheet and their audience are mainly growers like myself on small holdings. We, the small holders struggle to produce enough organic matter to maintain a no dig system on our own property and so, following the recommendations of wonderful people like Charles Dowding and Richard Perkins, we are importing compost from outside of our own system, this is all fine if you are not intent on growing organically, and so it causes a conflict for me!

When we bring in outside material, can we truly claim they are organic?  Or are we content to be organic from the farm gate in only? This leads on to another question, ‘How is organics or organic growing defined‘.

There has been much talk about aminopyralid contamination in crops in recent years, the culprit in all cases is toxic residue brought in on imported compost. We had such a batch of compost this year which completely ruined early crops of potatoes, beans, and protected tomato crops. The contamination could not be said to be our fault, however, it still occurred and the land on which the compost was spread could no longer be deemed as chemical free!!

(Yet, to my knowledge, no certified organic grower has been decertified as a result of their land been contaminated. I am open to correction on this point.)

And, the issue doesn’t start and end with Aminopyralid, I also struggle with the use of green waste compost which is a major source of compost for no-dig systems.

Green waste is the waste product produced from the contents of our brown bins. It is claimed to be organic and yet a study in France (Which applies higher standards to green waste recycling then we do) identified the presence of several organic contaminants in its green waste. These include a very wide range of substances, such as pesticides, industrial substances (dioxins, PCBs, PAHs, etc.), pharmaceuticals and personal care products. Finally, pathogens include viruses and other parasites were also found to be present in organic waste.

Hence, the two “Safe‘ sources of compost for no dig systems are both suspect in my opinion and raise a simple question. Can organic growers who practice No-Dig truly claim to be organic. Well, they can if all the compost used is produced on their own farm or originated on a farm which itself is totally organic.

I had almost made my mind up to abandon No-Dig entire when I stumbled across Edward Faulkner’s 1943 Plowman’s Folly, one of the first books to inspire the modern no-till farming movement. I was in the midst of reading this when I stumbled across something else, an essay by none other than Elliott Coleman. You can read the entire essay here

What I found interesting was that Coleman (A long time, old school organic grower) had come to similar conclusions to myself, and yet, Coleman spoke of a sort of middle ground that gave me hope that I could come up with some sort of minimal-dig or minimal-till system that incorporates the best principles of No-Dig without sacrificing the idea of a purely organic system.

Maybe a deeper read of The Plowman’s Folly would have opened my eyes soon. Faulkner talks about not ploughing but he does advocate for the spreading of, and shallow incorporation of organic matter into the soil.

I am still conflicted, but as Autumn is well upon us, plans for the next growing year need to made. As I stumble forward on this journey to defining what Organics means to me, I have come to an interim decision. I will use the 200 tonnes of compost I currently have. (It’s been tested and comes from a reliable source) It will be spread on a 0.25 acre garden which I plan to bring into production next year. The new garden will contain a permanent bed structure, I am opting for 1.2 meter beds. The plan as it stand is after the initial application of compost, I will not top up yearly as I have been doing for the past three or four years. Instead I will focus on enhanceing soil fertility by using sound crop rotations, growing green manures, plus limited application of compost produced on my own land. Importantly the growing of high biomass cover crops which can be incorporated after being cut down, to feed the soil will become part of the regime. (This is not possible under a no-dig system).

Yes, I will return to tilling, but only at a surface level of about 10cm or so, not deep enough to release significant amounts of carbon, but adequately deep to incorporate organic matter which is produced on the farm and I will hope that will be enough to feed the soil. 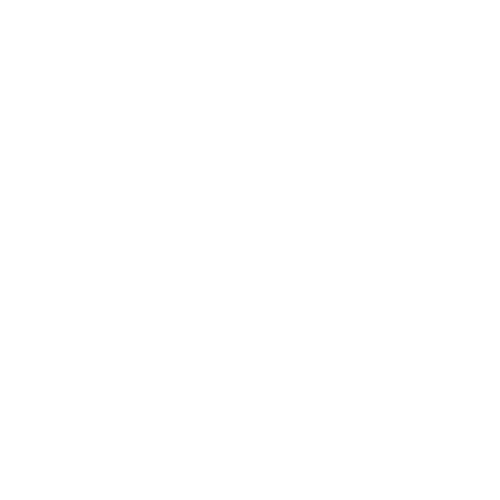